Laboratory homepage has been completely renewed 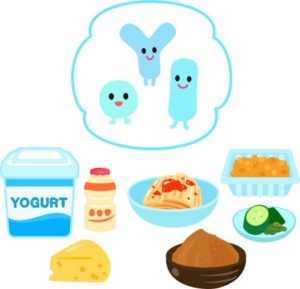 There may be individual differences in what you eat and how good your stomach is. It is considered that there are individual differences in the indigenous bacteria (SIB) of the stomach that are susceptible to each food ingredient in the intestine. In addition to Bifidobacteria and lactic acid bacteria, which have been considered as useful bacteria, various useful bacteria candidates have been reported. We believe that these SIBs will lead to the development of tailor-made functional foods that will be needed in the future.

Molecular biological methods such as PCR have become widely used. It is also widely used in the field of food, for example, to identify bacteria that cause food poisoning and bacteria that cause food spoilage. In addition to this, in recent years, devices such as next-generation sequencers and digital PCR, which have higher discriminating ability and speed, and which can perform sophisticated analysis have appeared. Our laboratory is researching new ways to use these new devices, aiming for high hygiene in the field of food production. 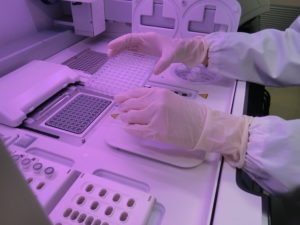 Food loss is also included in the Sustainable Development Goals (SDGs) and is recognized as a global issue. In order to sell food, it is important that it does not decay and is safe from the time it is manufactured until it is sold. In recent years, various forms of food have been sold, but many of them are difficult to keep for a long time. Food will not spoil if it is completely free of bacteria. However, treatments that kill bacteria, including heating, significantly impair the flavor of food. Preservatives are an effective way to control microorganisms that have remained in foods, but the use of preservatives tends to be smoke-free by consumers. Our laboratory is searching for methods to suppress the growth of microorganisms, focusing on ingredients derived from foods, and developing practical methods that can extend the expiration date. We are also working on the effective use of large amounts of food residues discharged at food factories.

Viruses have behaviors that are completely different from bacteria, and different approaches are required for their control and inactivation methods. In our laboratory, norovirus, hepatitis A virus, etc. that infect via food behave in food production sites and processing plants, and what methods are effective to inactivate them. I am verifying. In these studies, we discovered a component that can inactivate the virus among the components derived from egg white and found a method to apply it to food. In order to further develop this research, we are developing a more efficient virus inactivating agent by conducting an inactivation mechanism and extracting the active site. Currently, this technology is put to practical use as a spray formulation and wet tissue, but we are also considering the formulation of a formulation that can be used for aquaculture and livestock farming at the site of fisheries.

(5) Study on virus inactivation method in aquaculture and livestock farming 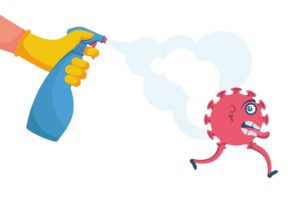